Graspop Metal Meeting is a music festival that takes place in the city of Dessel in Belgium every year since 1996, usually in the last week of the month of June.

Although the festival was born in 1986 as a musical event for emerging and national pop music groups and also with another name, it was not until 1996 that it obtained a higher category. Nevertheless in the editions of the years 1993 and 1994 and with the performances of well-known bands like Motörhead, Biohazard, Paradise Lost and The Ramones, they obtained great call. But everything changed in 1995 as the call went down considerably despite having the performances of Joe Cocker and Simple Minds.

This forced founder Peter Van Geel to drastically intervene in the way the festival was run. That is why, together with Bob Biebob and promoter Herman Schueremanns, they decided to create an outdoor festival and metal music which they renamed Graspop Metal Meeting. The first event held at this re-founded festival was held on June 30, 1996, with fifteen bands and with Iron Maiden as headliner in front of more than 10,000 people. In the 2011 version, the public estimated at 142,000 people during the three days of music.

Until the year 2011, the organization had invited 435 bands of which Iron Maiden has been the one that more times to raised the scene. 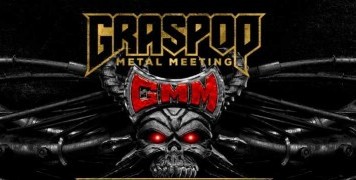