Former member of one of the greatest phenomena in recent world music history, the group One Direction, Louis Tomlinson arrives in Brazil to perform for the first time.

With his solo career, Louis Tomlinson can already be considered one of the biggest sensations of pop music today: with only five official releases, along with remixes and acoustic versions, the singer reached, in August 2019, the historical mark of one billion. Streamings on Spotify. 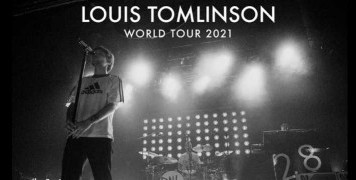