For 26 years the Backstreet Boys, one of the most successful groups in music history, have delivered the best pop music has to offer, making them one of the most influential figures in the genre. With countless # 1 hits, record tours, numerous awards and worldwide sales of over 130 million, BSB has been recognized as the best selling boy band in history.

Now the group will hit the road in Latin America with the tour of their 10th studio album, "DNA", which was released in January by RCA Records. The album debuted at # 1 on the charts, highlighting the top 10 hit "Don't Go Breaking My Heart."

“Don't Go Breaking My Heart” was nominated for GRAMMY 2019's “Pop Duo / Group Performance” category and is the group's first hit on the Billboard Hot 100 in 10 years. Following its release, the song went straight to # 1 on the iTunes Top Songs and Global charts and was among the most played in over 22 countries. 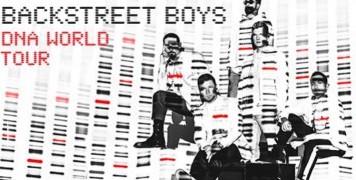